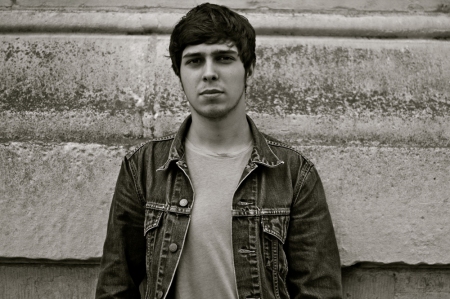 Josh Kumra played at King Tut’s in Glasgow on March 5. He’s the guy that sung with Wretch 32 on the track ‘Don’t Go’, which hit No. 1 in the charts. We chinwagged to find out a little bit more about upcoming plans…

How’s everything going with the tour?

It’s been really good actually. We played King Tut’s and have sort of worked our way down, to Newcastle, Manchester, and then played London. It’s been a really good crowd. And it’s just nice to get out the studio – I’ve been in the studio for two years now doing work on my album.

Yeah, for the last two years I’ve been in and out of the studio working on the album, so I haven’t had much time to perform.

Are you forever indebted to Wretch 32 for taking you to number one?

I think there’s a really good mutual respect between us both, and he’s actually going to be featuring on my album as well. It’s all fun.

Are you bit annoyed that he got all the glory from it?

I’ve got a lot out of it too. I’ve got good publicity and a lot of people’s heard my voice and got into it, so that’s what matters to me. I didn’t expect to get anything out of it, so to get a number one is good. What was great about it…the urban side of music, like Wretch‘s fans and stuff – I wouldn’t necessarily appeal to them, but to get them on board and liking my music is great, and that’s why I can’t complain about Wretch getting more recognition.

Is there anyone else you’d like to collaborate with?

Yeah, I’m a big fan of Birdy. I think she’s got a wicked voice. I think we’d do something great together.

I’m looking forward to 2012, I think it’s gonna be incredible. The aim is to get the album out and play as many shows as possible.

Do you feel the pressure of being the ‘next big thing’?

Not at all. It’s good to have people waiting to hear your music and it definitely spurs me on to get things done. But I think its all about taking your time and making sure you do it right.

This entry was posted on Tuesday, March 27th, 2012 at 00:01 and is filed under Tour Tuesday. You can follow any responses to this entry through the RSS 2.0 feed. You can leave a response, or trackback from your own site.